Peter Davis was a member of WBOS playing many leading roles for the company. He was instrumental in founding WBOS Youtheatre and was the co producer of their first show in 1987. He went on to produce many shows for the company over a period of 20 years.

Upon his retirement this award was set up to recognise his many years of commitment and dedication to WBOS Youtheatre.

The award is presented annually to a member of the Youtheatre who has made a significant contribution to the Company.

We ask that members nominate someone who they feel should receive this award. The award recognises qualities which include:

The 2021 Nominations are currently closed

If you would like to nominate someone please download the form below, stating why you feel this member deserves this award.

Please return to the form to emma@wbos.co.uk 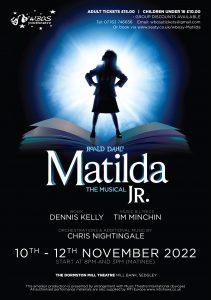